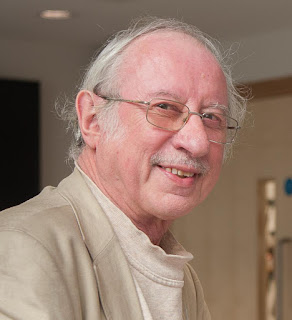 
Christopher Morley was born and educated in Brighton, and it was a visit as a schoolboy to a rehearsal at Glyndebourne of Mozart's Idomeneo in 1964 which made him realise that he had to have a life in music. A three-week course in Salzburg in the next year confirmed it, and in 1966 he was admitted to the Music Department of the University of Birmingham on an Open Entrance Scholarship, under the inspiring Professorship of Anthony Lewis.
​
Upon graduating with Honours in 1969 he took up a career as a schoolteacher, serving as Head of Music in schools in Walsall, Edgbaston and Halesowen. In the same year he was invited to write his first review for the Birmingham Post, and in 1988, having escaped from the classroom, he was appointed Chief Music Critic to the newspaper. This, regrettably, brought to an end his conducting activities with various amateur organisations, though he has dusted down his baton for a few occasions since. Today, in addition to his work for the Birmingham Post, Christopher also writes for Musical Opinion, Classical Music, and Opera, as well as contributing broadcasts to BBC Radio 3.
​
Also in 1988 Christopher Morley began teaching at Birmingham School of Music (now the Royal Birmingham Conservatoire), including running a class in music journalism and criticism, many of whose alumni went on to make an impact as music journalists and critics, both in the UK and in Sweden. He was awarded an Honorary Fellowship in 2002, and retired from the Conservatoire in 2010.
​
During the course of his musical writing he has accepted invitations from all over Europe, as well as from Russia and Japan, where he was invited in 2017 to assess the country's symphony orchestras with a western critic's ears.  He also gives talks to music societies all over the UK 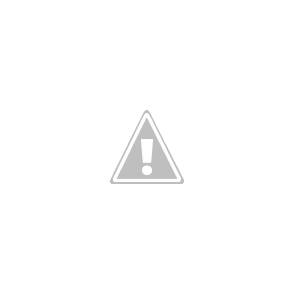 Anthony Bradbury played clarinet, piano and percussion with numerous orchestras and ensembles as a student, and graduated with an MA in Music from Brasenose College, Oxford University. Whilst at Oxford, Anthony was awarded a scholarship to conduct the Brasenose chapel choir.

As a conductor, Anthony worked with the Midland Youth Orchestra (he is a former MYO player) from 1991 to 2004 when he oversaw its metamorphosis into the exciting CBSO Youth Orchestra. He shared the conducting of its inaugural concert with former CBSO Music Director, Sakari Oramo, and returned to conduct the orchestra two years later, again with Oramo, in an all-Stravinsky concert as part of the CBSO's 'IgorFest' Stravinsky project, with The Sunday Times saying that Anthony “drew a feisty performance from the excellent players.”For 15 years, Anthony also worked with Birmingham Festival Choral Society (BFCS) which, having been founded in 1843, is the longest established chorus still active in Birmingham.

Anthony is now Conductor of the Central England Ensemble, an orchestra whose remit is to support the work of contemporary composers from the Midlands, and has appeared as a guest conductor with a variety of other organisations including the Sinfonia of Birmingham, the Birmingham Philharmonic Orchestra, and the professional ensemble Central England Camerata with whom he has made a number of recordings of works by composer Andrew Downes. 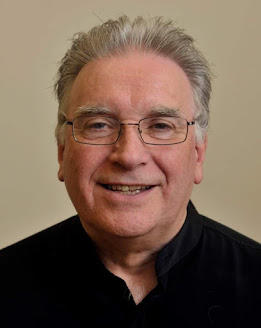 John Gough studied as a pianist at the Birmingham Conservatoire with Tom Bromley and Marjorie Hazelhurst and has worked with music for most of his professional life. An active musician with an interest in twentieth century music, he has appeared on radio and on record, and continues to perform as Musical Director, as an accompanist, and as an orchestral musician, playing percussion and keyboards with several Midland orchestras.

Music Librarian at Sutton Coldfield for many years, he went on to become Head of Music Services for Birmingham Libraries. Since his retirement he has extended his activities with still more playing, theatre work, arranging, writing about music, and producing music reviews for The Birmingham Post.

Richard is a freelance writer based in Lichfield, Staffordshire, specialising in classical music. He writes concert programme notes on all areas of repertoire, for all audiences, for print or digital platforms, and to any word-count and deadline. He is also one of the UK’s leading classical music advertising copywriters – and prides himself on helping to sell the most challenging programmes to the widest possible audiences. Formerly deputy music critic of The Birmingham Post, he writes regularly for Gramophone and The Spectator and for many years was the principal classical music writer for all of Metro’s non-London editions.
As a former orchestral cellist and latterly a concerts manager with the Royal Liverpool Philharmonic and City of Birmingham Symphony Orchestras, he understands the special requirements of (and pressures upon) professional concert promoters – he is comfortable writing in any style, for any audience, to the tightest of deadlines, and is not precious about cutting or rewrites. And above all, he believes in communicating the excitement, pleasure and uniqueness of the live concert experience – from chamber music (a special enthusiasm of mine) to the full orchestral, choral and operatic repertoire, right through to contemporary classical music, light music, film scores, operetta and Broadway. 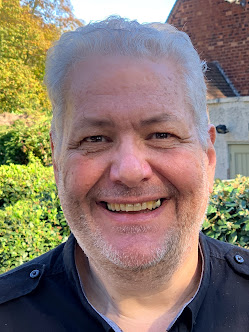 I’m a musical eclectic, agreeing with Duke Ellington that: “There are two kinds of music. Good music, and the other kind.” It stems from being a child of the 1950s surrounded by radio, television and newly-invented LPs and 45s. The youngest of six children, I soaked in the music loved by my ballroom-dancing parents, my Teddy Boy brother’s rock n’roll, my sisters’ crooners and tenor Mario Lanza’s songs from The Student Prince. My love of symphonic music started with the stirring film scores of Viennese émigrés like Korngold, and Kubrick’s 2001 soundtrack, innocently enjoying Ligeti’s music, not realizing it was avant-garde. I starting collecting classical LPs, conductors like Reiner on 99p bargain labels, and seeing my first CBSO concert, and opera; loving a young Thomas Allen’s Geordie Papagano in a Welsh National Opera Magic Flute at the Hippodrome.

In 1978 I joined the Birmingham Post & Mail as a graduate trainee and ten years later, as an Evening Mail news editor, persuaded the editor that, given the national acclaim for the rejuvenated CBSO under Simon Rattle and the plans for Symphony Hall, to resume the paper’s long-lapsed classical music coverage. I became a one-man band fitting in hundreds of concerts, recitals, opera productions, artists interviews and features alongside my day job. It was a fantastic musical education which continued until I left the paper in 1998. In 2006 Christopher Morley invited me to join the Birmingham Post concert-reviewing team and in 2012 to also write a weekly classical CD review.


Popular posts from this blog

STUPENDOUS MAHLER TWO CBSO at Symphony Hall ★★★★★ This concert was billed as an end-of-season finale, a temporary farewell. When the applause, cheering and foot-stamping erupted after eighty minutes of intense, emotionally fired-up music making it felt instead like a long-anticipated, desperately hoped for homecoming. After more than two years of ruined schedules, cancellations and Covid-compromised concerts here was the platform packed with players, the choir seats brim-full with the cherished CBSO Chorus and – the final ingredient – a packed house. It was the perfect choice of work too, Mahler's 'Resurrection' Symphony; the work which opened Symphony Hall and a CBSO musical calling-card for the last forty years. By chance, or fate, the last concert here on this scale – in terms of forces, attendance and impact – was the CBSO's performance of Mahler's eighth symphony in January 2020 when we were blissfully unaware of the approaching pandemic. That evening the
Read more

LOVE ISLAND AT LONGBOROUGH The Spell Book / La Liberazione di Ruggiero Longborough Festival Opera,**** In the deathless words of Nigel Tufnell, what's wrong with being sexy? Jennie Ogilvie's Longborough production of Francesca Caccini's La Liberazione di Ruggiero (1625) places the sorceress Alcina (Lauren Joyanne Morris) and her toyboy Ruggiero (Oskar McCarthy) on a pink, high-kitsch Love Island. And once you overlook Alcina's penchant for transforming people into rubber plants, they're clearly having the time of their lives - lolling around in their candy-coloured smalls, attended by sexually-ambiguous trolley-dollies with Michael Fabricant hairpieces. Ruggiero's wife Bradamante (Simone Ibbett-Brown) is having none of it, and the plot of the opera concerns her grim-faced mission to slap Alcina down, and force Ruggiero to put his kecks back on and get back to killing people, like a proper man. And there you have it: the first known opera in th
Read more

A VERY SPECIAL EVENING WITH THE CBSO A COVID REQUIEM CBSO at Symphony Hall ***** There was something almost sacramental about this sensitively-conceived, very special concert created to commemorate those close to the CBSO "family" who have passed away since the Covid pandemic began the best part of two years ago. The programme-book (and how good to have a genuine, properly produced example in one's hand again!) opened with many tributes to loved ones, all greatly moving, and then the hall darkened as an uninterrupted sequence of elegiac string music began. It was striking how music of this nature transports us across the centuries: Thomas Ades' O Albion brought surprising resonances of Elgar's Sospiri, Arvo Part's Fratres (Tomo Keller, director of the whole gamut, the brilliantly cross-stringing violin soloist here) evokes Vaughan Williams' Tallis Fantasia, and Samuel Barber's Adagio is just timeless for those it speaks to. The only exc
Read more